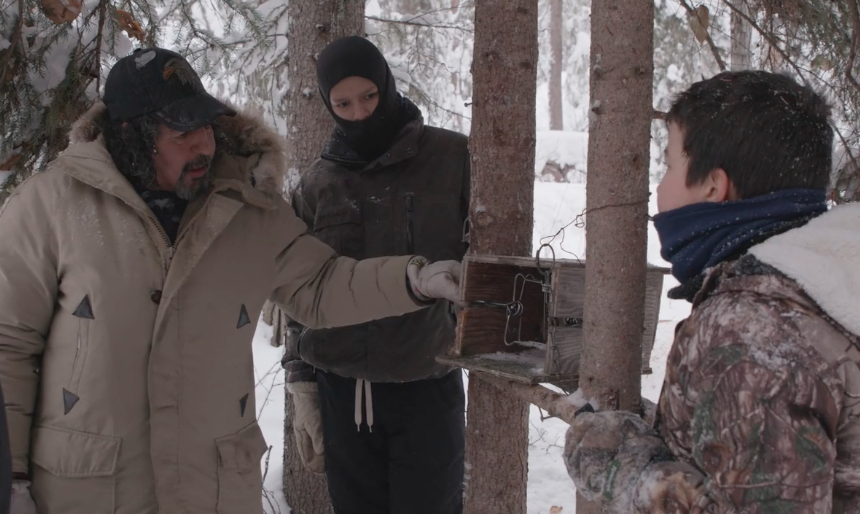 11-year old Jerome Cardinal asked me while we were out at his grandfather’s hunting cabin in Northern Alberta, “Have you shot a moose?”

“How about a deer?” he continued.

Exasperated, Jerome exclaimed, “Have you killed anything for food?!”

He looked somewhat disgusted that I get most of my meat plastic-wrapped at the grocery store safely disconnected from the realities of where that meat came from.

We were up in Fort Chipewyan filming a new documentary short for CBC about a group of youth going out into the bush with an Elder. They were part of an educational program called the Experimental Learning Initiative (ELI) coordinated by Mike Mercredi. The idea was that skills learned out in the bush will translate into skills they could use in the classroom.

“Being out on the land is just like going to school. Every day you learn something new. It’s not like sitting in the classroom,” explains Mike Cardinal, the Elder taking the youth out on to his trapline. 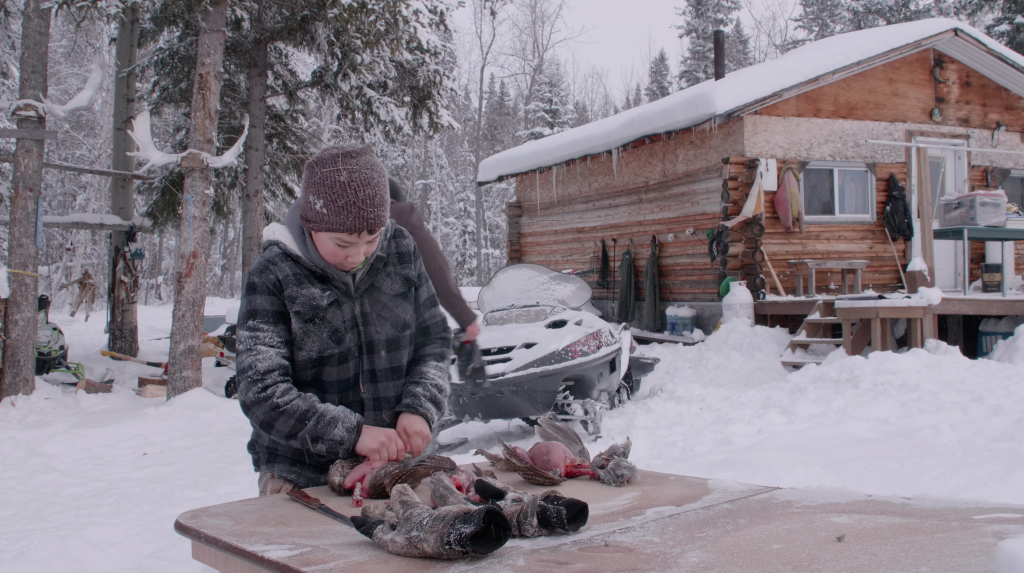 Over the course of a few days, they learn about the occupation that made Fort Chip: trapping for fur. They’ll setup snares, set traps, go ice fishing, prepare meat and hunt for grouse. It’s clear that the youth love the freedom of being in the outdoors even if the days are cold and short. I never thought I would enjoy snowmobiling down a trapline in -30 degree weather hoping to catch a glimpse of a lynx or marten.

Unfortunately, this traditional way of life is rapidly disappearing, partly because of the collapse of the fur economy but also because the oil gand gas, agricultural, and pulp industries have driven animals further and further away. ELI is meant to connect local youth with the ethics of the land. Out in the bush, you have to chop wood, stoke the fire, draw water before heading out to set traps, hunt for animals, then prepare the food. The youth learn about responsibility and derive a sense of power from knowing how to live off the land.

For a city person like me, the bush was a revelation. It’s a lifestyle that is in many ways a healthier one. I was more active and ate healthier than in the city. For the youth of Fort Chip however, it was seeing that the character they built out in the bush could be used in the classroom. The resilience it takes to cut through a trapline at -20 degrees in the middle of the night is the same resilience needed to get through schoolwork.

And that was what ELI was all about. Mike Mercredi sums it up, “It would be like a two worlds exchange program. Bush life, city life then vice versa.” 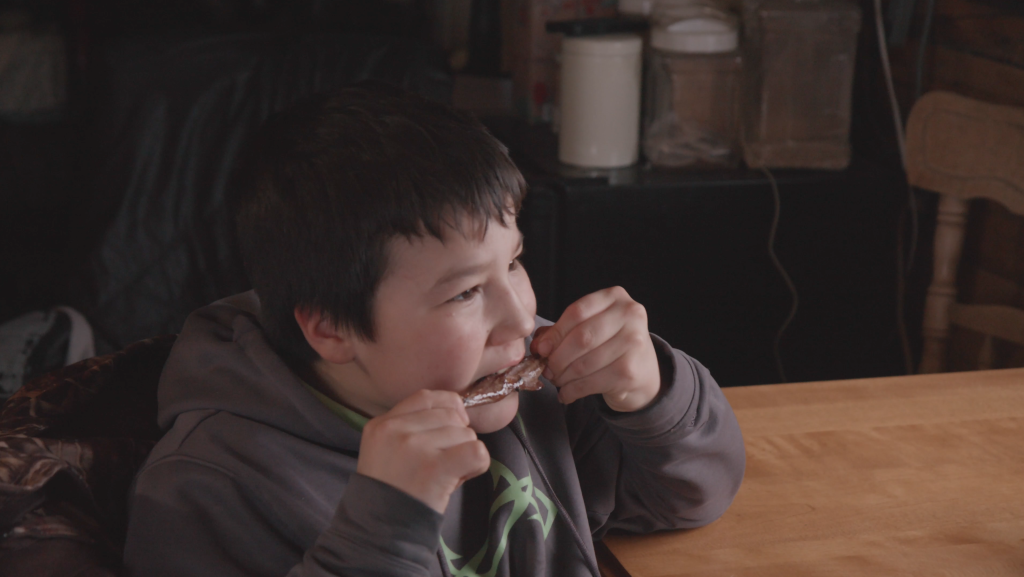