Indigenous ancestors can teach us many lessons about how to respectfully use the resources from the earth. Indigenous peoples have a sacred relationship with the land that is birthed out of respect and deep connection with their spirituality. Before colonization, Indigenous people survived and thrived off the land and only took what they needed from their environment.

Plants, minerals, and herbs can be used both internally and externally for healing, spiritual practices, and ceremonies. Some plants and herbs can be ingested in teas and foods, or used in poultices or tinctures. Roots are primarily used for cleansing the spirit and the body, specifically the liver, blood, digestive tract, and respiratory system. Knowledge of plants and their medicinal values are passed down, and transferred to younger generations by Elders.

According to Indigenous beliefs, the Creator is present in all things, and the strength of the Creator is used to access the earth’s powerful resources. With recipe, ratio, and prayer, the spirit inside these plants is summoned to work inside our spirit for healing.

One of the most well-known and sacred Indigenous healing models is the Medicine Wheel. Stone circles, believed to be ancient medicine wheels, have been found across North America dating back before oral history. The medicine wheel is a powerful symbol that accounts for and acknowledges every aspect of existence in its four quadrants. Each of the four sections has its own significance, which is tied to the circle as a whole; there are four directions (north, south, east, and west), four seasons, and four culturally significant animals (the Eagle, the Buffalo, the Mouse, and the Bear). There are also four plants with great healing power represented in the Wheel – sage, sweetgrass, cedar, and tobacco. These are called the four sacred plants.

Indigenous healing methods use ritual and ceremony to balance physical and spiritual healing, in contrast with Western medicine, which often focuses on the physical.

Plants are a crucial component of Indigenous medicine, and more than 500 different plants are used for their healing properties. Indigenous healers are “skilled in selection, preparation and dosage of herbal medicines, and traditional treatments [which are] effective in treating a host of ailments, including wounds, skin sores, gastrointestinal disorders, coughs, colds, fevers and rheumatism” 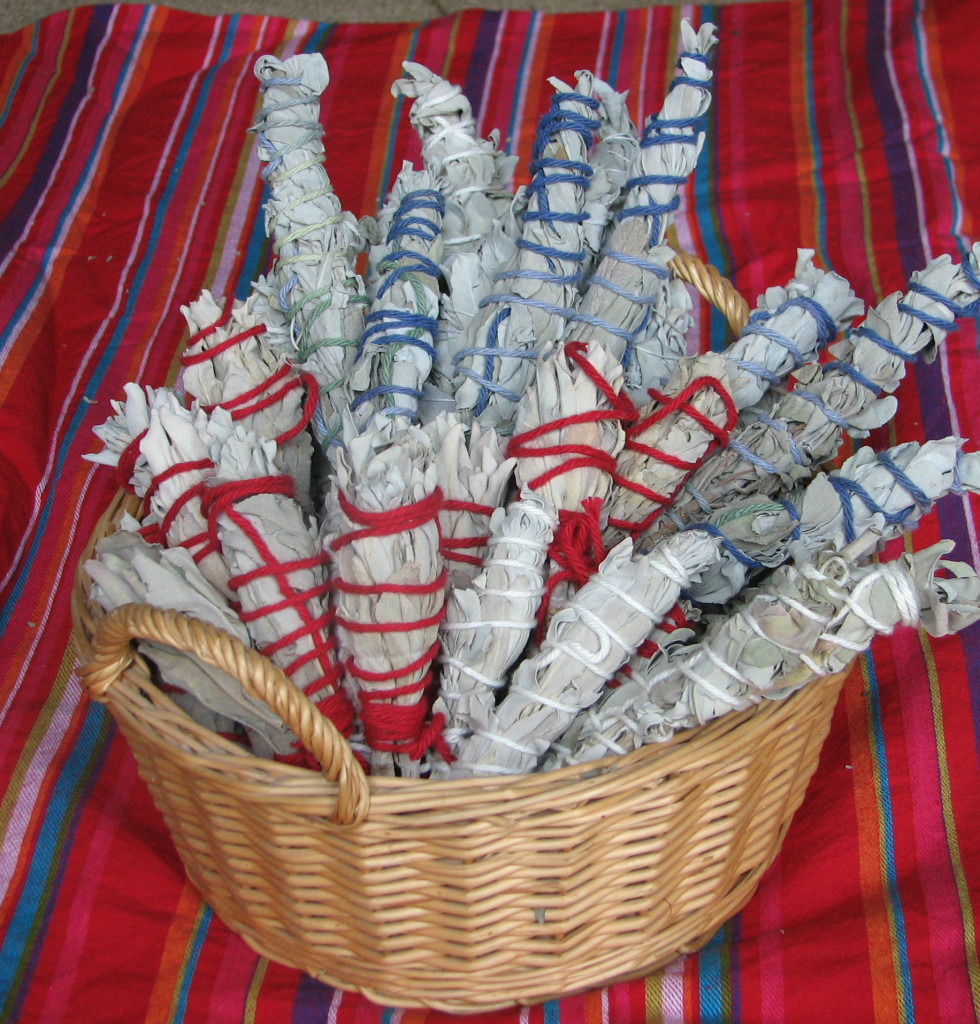 Plant types and their uses:

• Sage: Used to make teas for praying and cleansing energy, stimulating the immune system, and healing the mind and body

• Sweet Grass: Like sage, sweet grass cleanses energy, but can also be used in a warm bath to help treat shingles, eczema, and other skin conditions. Sweet grass is also used as a stimulant (burning the grass and inhaling the smoke releases endorphins)

• Cedar: Used as a vitamin C supplement. In the 1700s, Indigenous peoples helped Europeans overcome scurvy using a tea made with white cedar (cedar can be mixed with natural tobacco and used for similar purposes)

• Red Willow: The tree bark is stripped, dried, and used as a herb to be smoked during ceremonies or used for remedies. The core of the tree has medicinal properties similar to those of aspirin

• Old Man’s Beard: Used to treat psychological disorders like ADD, ADHD, and other behavioural issues. Burning and inhaling the smoke is believed to cleanse the body and mind of negative energy

• Soyas: This root can be boiled to cleanse the respiratory system, the digestive system, and the esophagus

• Dandelion: Cleanses the liver, and is used as an antioxidant

• Ground Thistle: This plant looks like a cactus and is found around the Piikani Nation – it is used in tea as a digestive aid or diuretic

Indigenous peoples believe that the earth is a representation of the human being. The trees and plants represent the body, the sun represents the heart, water represents the mind and consciousness, and rocks and mountains represent the bones. When the body needs healing, one should surround themselves with the healing energy of these elements because they hold the wisdom and power of Mother Earth.

Tobacco, sweetgrass, cedar, and sage are also used in smudging ceremonies where smoke is wafted over the face and head to purify the body, one’s personal belongings, or the immediate environment.

Sickness occurs within us when hatred is harboured. When hatred is felt towards a certain group of people, their spiritual medicines will no longer be beneficial, and can no longer be used to heal. The more one gives themselves to the world openly, the more the world and universe will give back.