Steward of the North. Behind the scenes at in Meander River 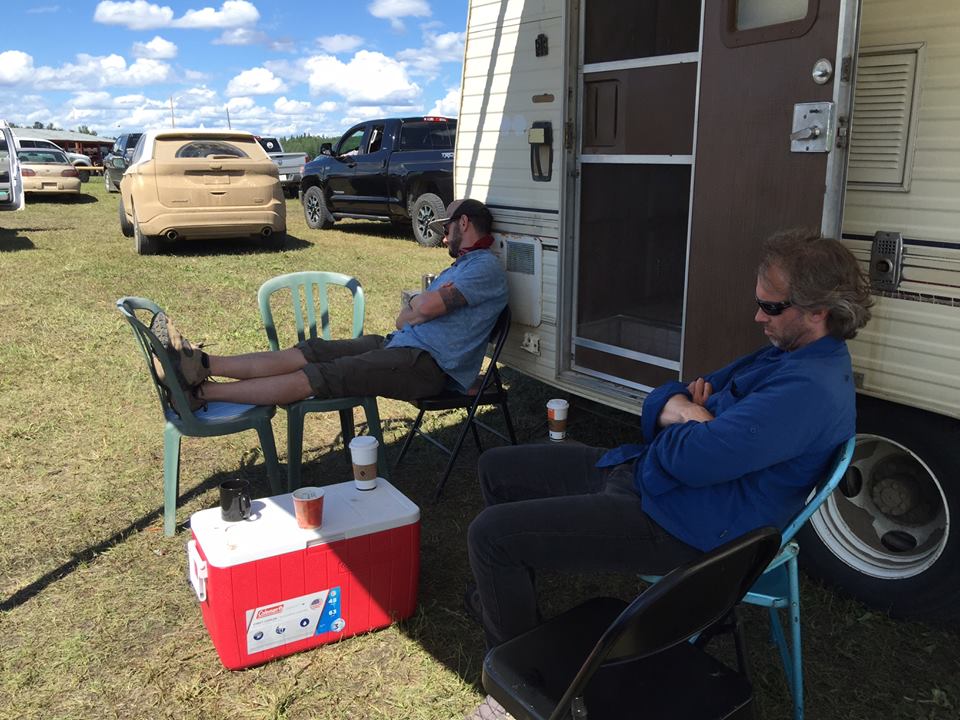 After filming the Dene Hand Games, we planned to meet up with Dene Tha’ Elizabeth Enfeld to talk about her perspective of the land. Unfortunately she had her hands full with meal preparations for the Dene gathering, and before you know it our crew found themselves working a different kind of gig.

Elizabeth had hundreds of pounds of meat she needed to prepare and transport to the gathering but she didn’t have any help. Fortunately, our crew needed something to distract from swarms of mosquitos enveloping them. Our film RV became food transport, and the entire crew from director, production manager, cinematographer, sound mixer became the ultimate catering team prepping the meat, cooking it and serving it to the Dene Gathering.

Sometimes, perhaps most times, when you’re filming a documentary you can’t simply observe from the sidelines. Especially when it came to the Dene Tha’ community who welcomed us into their lives, it made sense that we also needed to participate in the community. What better way is there to do it then serving food?

And in the end, we got the interview with Elizabeth. 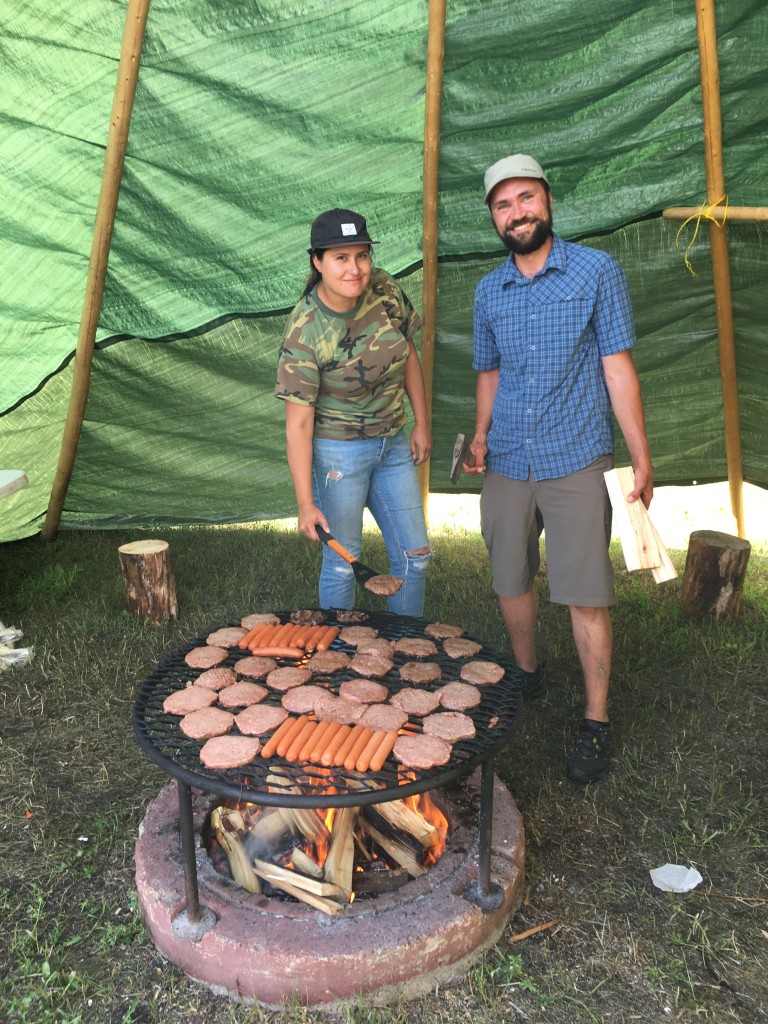 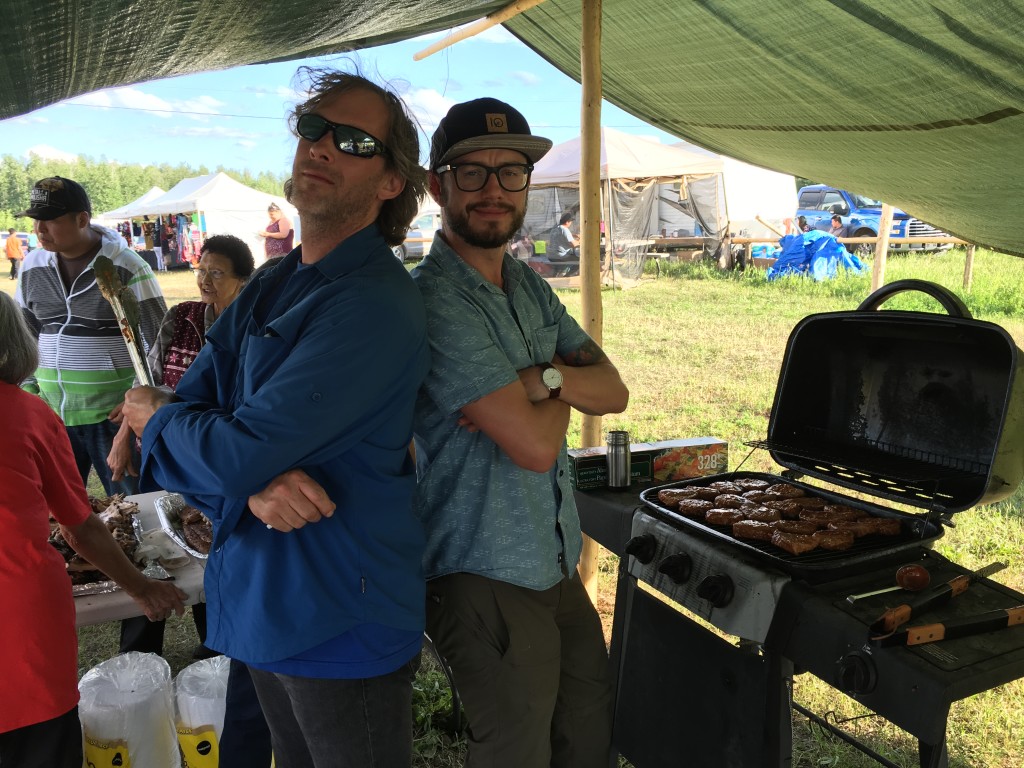