Wîsahkêcâhk – Tales from the land 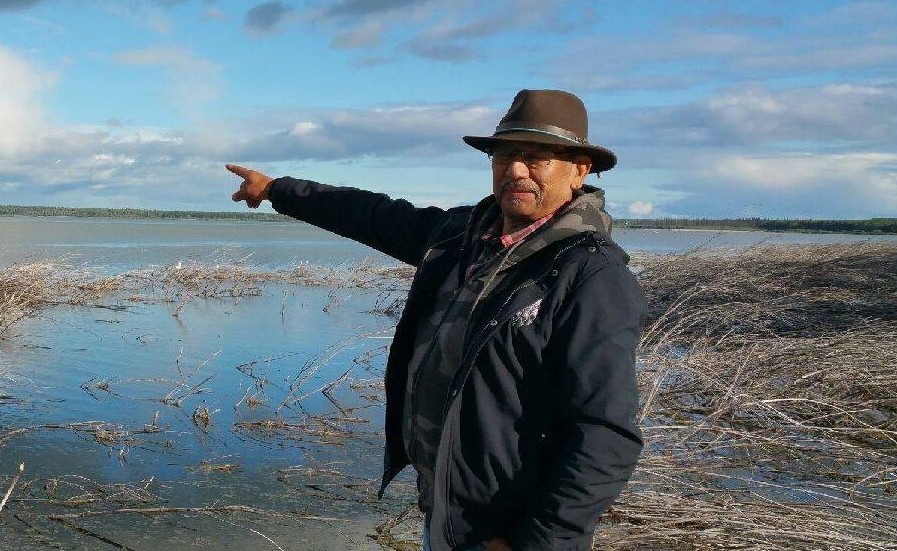 When we approached Billy Joe Laboucan to tell a Wîsahkêcâhk story for the Royal Alberta Museum, he was keen to do it. Then we squeamishly asked, “Can you tell a story in three minutes?” His response was “Absolutely not! There’s no such thing as a three-minute Wîsahkêcâhk story!”

Wîsahkêcâhk is a character in many Cree stories. He can be found talking with the animals and the land often getting into all kinds of trouble. These stories were often told in the winter time. Those of you familiar with our long, cold, dark winters in Alberta will know that you’ll want more than a three-minute Netflix episode to pass the time. Thus storytelling served to pass the time that not only entertained, but also educated and brought the community together with a shared experience. Billy Joe says that these stories have many layers and often only the simplest can be told in short version.

You’ll have to wait until the museum opens before you’ll be able to hear about Wîsahkêcâhk’s adventures with the chickadees and the squirrels. What you will notice is just how personal a relationship Wîsahkêcâhk has with the land. This I believe is something shared among all Indigenous cultures. There is little distinction made between rock or tree or squirrel and people. All of these are moved by a spirit and the stories reflect it. Compare this to biblical stories which separate man from animal and land. In the few times that animals do show up, they are either tempting humanity, sacrificed, or ultimately given to “man” as a gift. Considering the bible was developed in the agricultural phase, it is no surprise that animals as seen as subservient to people.

This mentality continues on to modern day times where animals are seen as having no soul or consciousness. And only up until recently they weren’t even seen as having emotions. This is of course a rationalization of how we treat animals. If animals did have a soul or feeling or consciousness then is it justifiable to lock cows or pigs up in tiny cages with barely enough room to move for all their waking lives?

The reality is we’re in a way rediscovering an ancestral way of connecting with the land. Brain mapping has demonstrated that animals, especially mammals, feel emotion and experience consciousness in similar ways to humans. We are discovering that we are very much a part of the ecology of this earth and without it we too would not exist. Certainly this is not to say humans don’t have something important to offer to this world, but it’s clear we need to pay more attention to our personal relationship with the living and non-living world around us.

Oh and Billy Joe managed to squeeze his story into four minutes. Be sure to check it out when the museum opens.